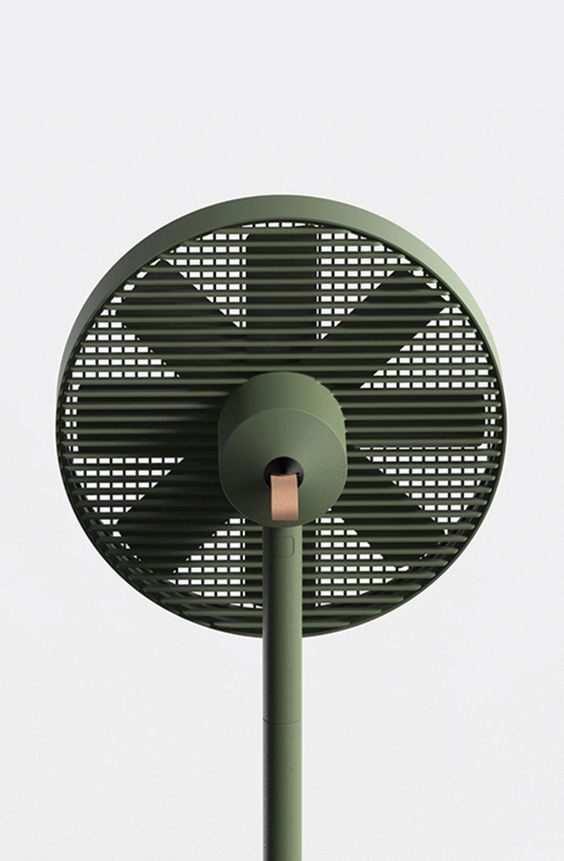 Design Files – Presenting the Conbox Stackable Fan. A fan is a machine used to create flow within a fluid, typically a gas such as air. The fan consists of a rotating arrangement of vanes or blades which act on the fluid.

The rotating assembly of blades and hub is known as an impeller, a rotor, or a runner. Usually, it is contained within some form of housing or case. This may direct the airflow or increase safety by preventing objects from contacting the fan blades. Most fans are powered by electric motors, but other sources of power may be used, including hydraulic motors handcranks and internal combustion engines.

Fans produce flows with high volume and low pressure (although higher than ambient pressure), as opposed to compressors which produce high pressures at a comparatively low volume. A fan blade will often rotate when exposed to a fluid stream, and devices that take advantage of this, such as anemometers and wind turbines, often have designs similar to that of a fan.

Fans are just too cool for school because they’re your biggest fan, hot or cold, rain or sunshine.

While fans are often used to cool people, they do not actually cool air (if anything, electric fans warm it slightly due to the warming of their motors), but work by evaporative cooling of sweat and increased heat convection into the surrounding air due to the airflow from the fans. Thus, fans may become ineffective at cooling the body if the surrounding air is near body temperature and contains high humidity. During periods of very high heat and humidity, governments actually advise against the use of fans.